I usually go to great lengths to avoid posting things that step directly on the toes of people I know. Partly because my opinions are just that, and everyone has the right to their own without my judgement. Mostly because I hate conflict and being the source of someone’s feelings getting hurt. With that said, what I’m about to write about will no doubt step on some toes, rile some people up, and work others into a defensive frenzy.

This time, I don’t give a flying crap.

Yesterday, as I have every year for the past 9 years, I headed to the elementary school for the awards assembly on the last day of school. It’s typically a celebratory day, as the kids are recognized for their accomplishments for the year, and everyone is looking forward to a few months off. This year was different.

First, a little backstory. Our school has held this awards assembly for as long as I can remember. As a student here myself, I remember sitting through many of them with my classmates. We’d file in, wait for our names to be called, and sit quietly while our peers received their awards as well. Our families filled the gymnasium, and everyone hung around to say hello to familiar faces, and wish each other a happy summer break. Our Christmas and Spring concerts went much the same way, with the whole community gathered to celebrate our kids.

That was then. This is now.

The assembly always begins with a graduation ceremony for the Kindergarteners. They march in with their caps and gowns, perform some adorable songs, and file across the stage to get their diplomas before going to sit with their parents in the crowd to watch the older students be recognized by their own teachers. Only this year, no one could be bothered to stay in their seat. The kindergarten parents gathered their things and their children and headed for the back of the room where they proceeded to take pictures and mill around as though they were the only people in the room. The Pre-K teacher stood at the podium, calling names and announcing awards, but, even with a microphone, she stood little chance of being heard over the dull roar at the back of the room.

Then the Pre-K teacher finished, and it happened all over again. The Pre-K parents gathered their belongings and began to exit the room. This was the scene on repeat as each teacher finished handing out the awards to the remaining classes, and by the time the last class got to the stage, there was no one left to applaud them. 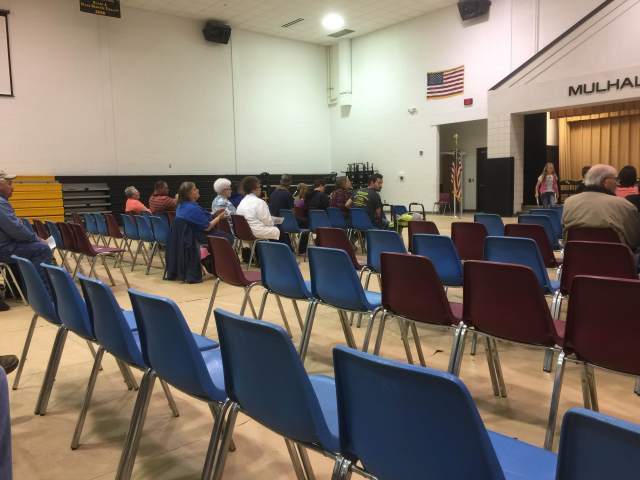 Finally, the Superintendent took the stage. He stood there for five to ten minutes, recognizing a long list of people who had contributed to the school this year, and giving a heartfelt thanks to the community for being so supportive of our school.

You know, that community of people who had already left the building because they couldn’t be bothered to sit through the whole thing.

WHO ARE YOU that your time is so precious that you can’t be expected to sit for a single moment after your child is no longer the center of attention?

I’m sure if you could ask everyone who left early, there would be a million different excuses as to why they just had to rush out of there before the assembly was over. I’d be willing to bet about 2% of those excuses were valid. If your child had been recognized at the end of the hour (OH MY GOSH, NOT A WHOLE HOUR!!) you would have had your behind planted in that chair until the end. I guess it’s too much of a sacrifice to sit there for anyone else’s child. Because clearly, your time is more important than showing some respect.

It’s embarrassing, it’s disgraceful, and I thought we were better than that.

I could rant and rave about this for hours, but I’ll just say this. When you show no respect to those around you, and you value your time and your prerogative above all others, you are giving up the right to complain about the generation of self-absorbed, disrespectful young adults we’ll see in the future, because YOU produced them.